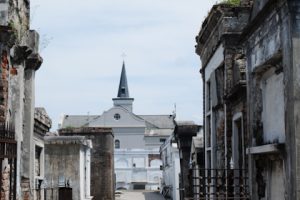 It was the smell.

When I moved into the parsonage, I didn’t even notice the chimney. It was kitty-corner to my property, on a plain building on the next street over. For years, I never saw any smoke, never smelled anything, rarely saw anyone around the building.You probably wouldn’t have paid any attention to it either. It was just another building on another street in a slowly dying small town.

I found out later that they only run late at night, to avoid upsetting the neighbors. I didn’t notice a thing until I started having insomnia. I’d wake up at three AM, some days, but not others, but always at exactly three AM. It was on one of those nights when I first noticed the smell.

It wasn’t much at first. Just a bare whiff. In those days, I found it repulsive. But it was faint, and never lasted long. The smell was burnt, sometimes with a chemical tinge. If I had to describe it I would have said a dumpster fire behind a Chinese restaurant.

Now I wonder if it wasn’t calling to me even then, and that is what woke me at three in the morning, some days but not others. The smell, calling to me. Calling, even though I did not yet speak its language.

Later, it got stronger. By then I was coming to appreciate the complexity and depth of the smell. It always started foul and acrid, like burning plastics or waste, but then would evolve through a complex melange of scents. There was, of course, always a burned overtone— but, through that overtone were subtle tones: occasionally sweet, occasionally…

Later it got stronger. It makes sense. This town has been dying slowly for a long time now. Owners don’t fix things unless they they think the repairs are absolutely needed, and sometimes not when they are. In a dying small town, devices to save the environment stop being a priority. So as the smoke-reducing afterburners slowly failed, the smell got stronger.

Maybe they would have fixed it if anyone had complained, but I doubt anyone but me noticed. They still only run at three AM, and fewer and fewer people live around here anyway. I wasn’t going to complain; the stronger the smell got, the more I liked it.

Eventually, I stopped thinking of it as insomnia. I started going to bed earlier and earlier so that I could be up and rested in time for the smell. I’d wake at 2:30, make myself breakfast and be ready to eat right after the smell faded. Because it wasn’t every day, and I didn’t know the schedule, it took me a while to make a few connections. Toast and cereal were like chewing paper—three AM needs protein and fat. Eggs didn’t suit the smell. Bacon did. Bacon suited the smell enough that I sometimes started eating it before the smell was gone. It was good, but wasn’t quite right.

One night, as I reached for my second cup of coffee after a breakfast mound of bacon seasoned with a particularly strong smell, I noticed a plate of barbecue, leftover from a church potluck. Barbecue wasn’t breakfast food, so I hadn’t considered it before. Despite already being full, despite the fact there was probably a pound of it, I devoured it all before stepping away and letting the fridge door close.

Barbecue was good. So good that I started eating before the smell might come, and if it came it was like a seasoning for the meat. In the beginning, I bought it from the store. Then I went through a period of making pilgrimages to all the ‘best’ BBQ joints in driving range. When all of them proved to be close, but not quite perfect, I started making my own. By the end of the year I’d dug my own pit.

My mother always told me that cravings are your body’s way of telling you you need more of some particular nutrient. Eventually I realized that no matter how much I ate, I was left wanting. I knew it had to be something in the smell, so after a couple of decades of living with it, I finally found out what they did in that nondescript little building.

I think that it might have been some sort of unconscious denial that kept me from learning the source of the smell until my cravings had grown so strong. I think most people would have figured it out within the first year.

I am, after all, in a position to be aware of all the funerals in the area. How could I not make the connection? I suppose I could claim that I was thrown by the fact the funeral home is two blocks in the other direction, but why would I assume their crematorium was in-house?

They say that fear before slaughter ruins the texture and flavor of meat, but I’ve found the opposite to be true. By now, I’m sure you’ve figured out that’s why I’ve told you all this.